The annual London to Brighton Veteran Car Run takes place every year on the first Sunday in November. Usually it runs down the main A23 Brighton Road through Streatham, but this year due to a burst water main in Brixton, the run was diverted to run through Tooting. The run leaves Hyde Park at 7am onwards, and from 7.30 the veteran cars started to appear on the road through Tooting. This took Tooting somewhat by surprise  and only a few hardy souls were waiting at Tooting Broadway station when the first cars came through. There was a mix of petrol, diesel and steam driven vehicles and even a few penny farthings. 600 vehicles take part in the run and soon there was a steady stream. Below are some photos of the early cars coming past Tooting Broadway station. Will it come through Tooting again? Well if they don’t repair the water main in Brixton, perhaps next year? 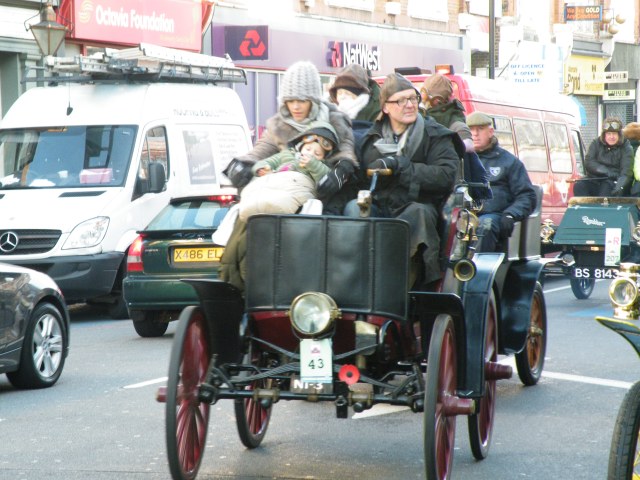 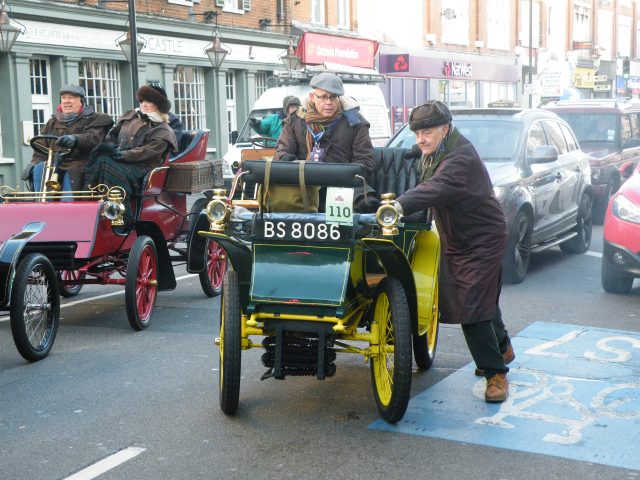 Break down in Tooting